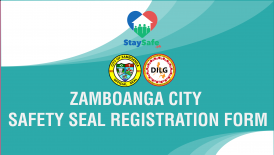 Dia de Zamboanga is one of the most important celebrations in Zamboanga City. It marks the city’s charter anniversary and the historic moment when the very first set of city officials, led by Mayor Nicasio Valderoza, was sworn into office February 26, 1937.

The Dia de Zamboanga, observed every 26th of February, is a special non-working holiday celebrated with scores of activities such as food and film festivals, photo exhibits, cheerdance competitions, and the annual grand civic military parade.